Each month we will deliver a few extracts from the future book by Sébastien GARCIA-MAURY dedicated to Auzat.

An excellent way to enrich your culture and your knowledge of our valley.

This month, Florence GUILLOT, archaeologist, historian and volunteer at theMontcalm Challenge will tell us about the history of Olbier.A novelty for this year is the climb to the Montreal de Sos castle for theparticipants in the Miners' Trail. The runners of the Miners’ Trail, the Novis’ Trail,the 73 km and the PICaPICA will cross Olbier.

Montréal-de-Sos, Olbier castle.Above Olbier, dominating Auzat and the entire upper valley of the Vicdessos, alimestone rock summit surrounded by cliffs has been the site of successive mostimportant works in the valley, for at least 2,900 years. From the Middle BronzeAge to Protohistory (around 1500 B.C.), the site was occupied until the end ofthe Middle Ages. The highlights of its occupations, those where it seems to havebeen the most developed and to have housed the largest number of people arethe period of the Middle Bronze Age, the end of the Iron Age certainly (150 to 50B.C.), especially the beginning of the Middle Ages (7 th to 9th centuries) and theend of the Middle Ages (late 12 th to late 14th century).It was a fortification, therefore a place of domination of the powerful, and at theend of the Middle Ages, it was the most important castle in the Vicdessos valleyof the Counts of Foix, themselves at the top of the society in upper Ariège. Itthen housed a garrison and was headed by a count's squire, but the counts didnot live in this rustic fortification. Abandoned at the end of the Middle Ages, itwas leveled off to avoid that being unattended, others fortified it and until todayit has become a place for grazing or walking.Today, it only houses a few haughty ruins unearthed by archaeologicalexcavations. A path with interpretive stops leads there from the village of Olbierand its summit is a superb viewpoint over the villages and the valley.

Honor to the "3000 m summits" which will be on the program of our races.

The Montcalm Summit (3077.82 m) which gave its name to the massif is the largest peak in the Pyrenees. The etymology of its name comes from "Calmis" which means "bare height", bald, without vegetation. The places of Calamès or Calmette in Ariège have the same origin. 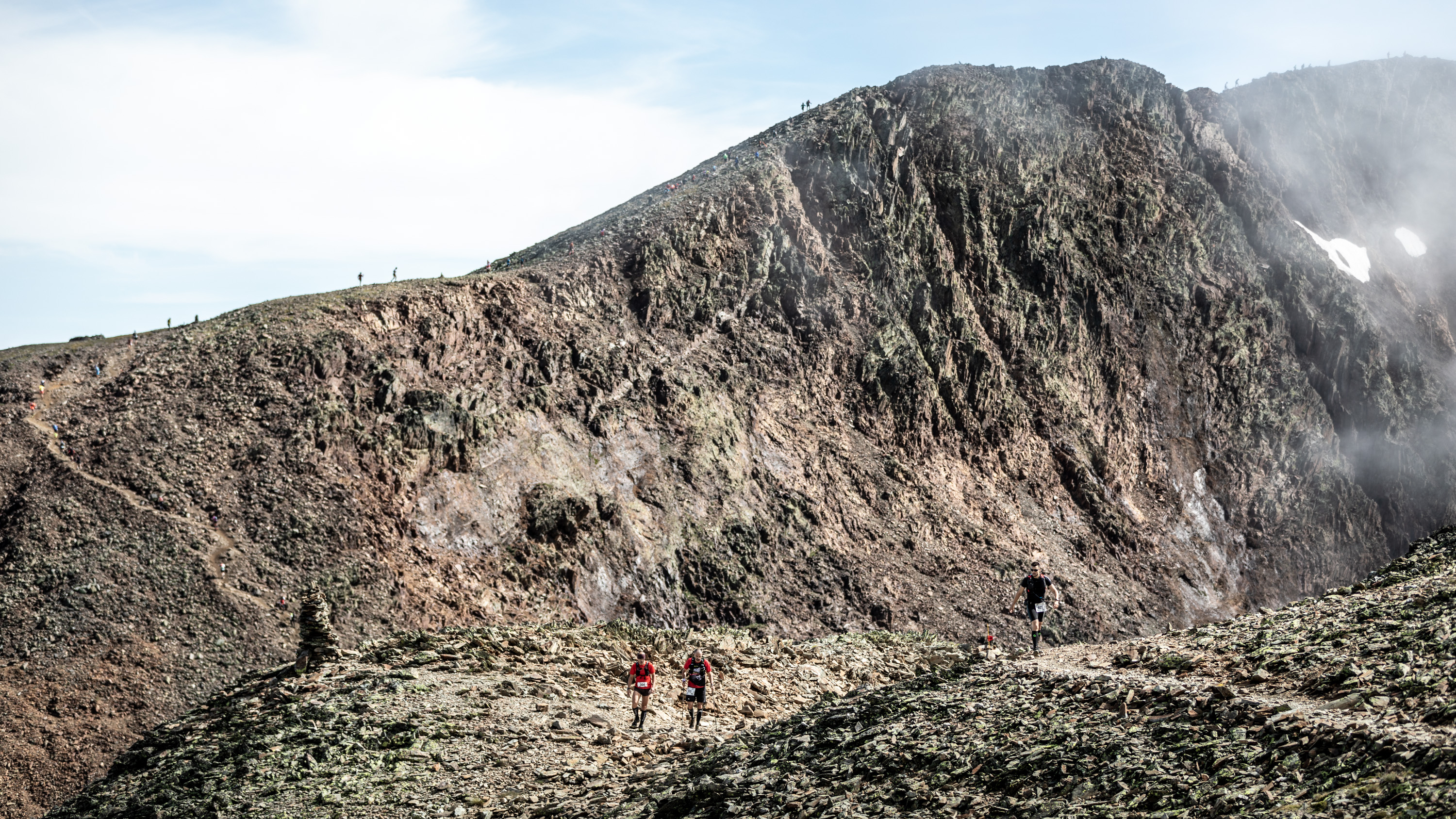 The Estats Peak (3143.38 m), the highest point of the Montcalm massif, is located on the Franco-Spanish border. Its name comes from this position because it is a peak between two states. 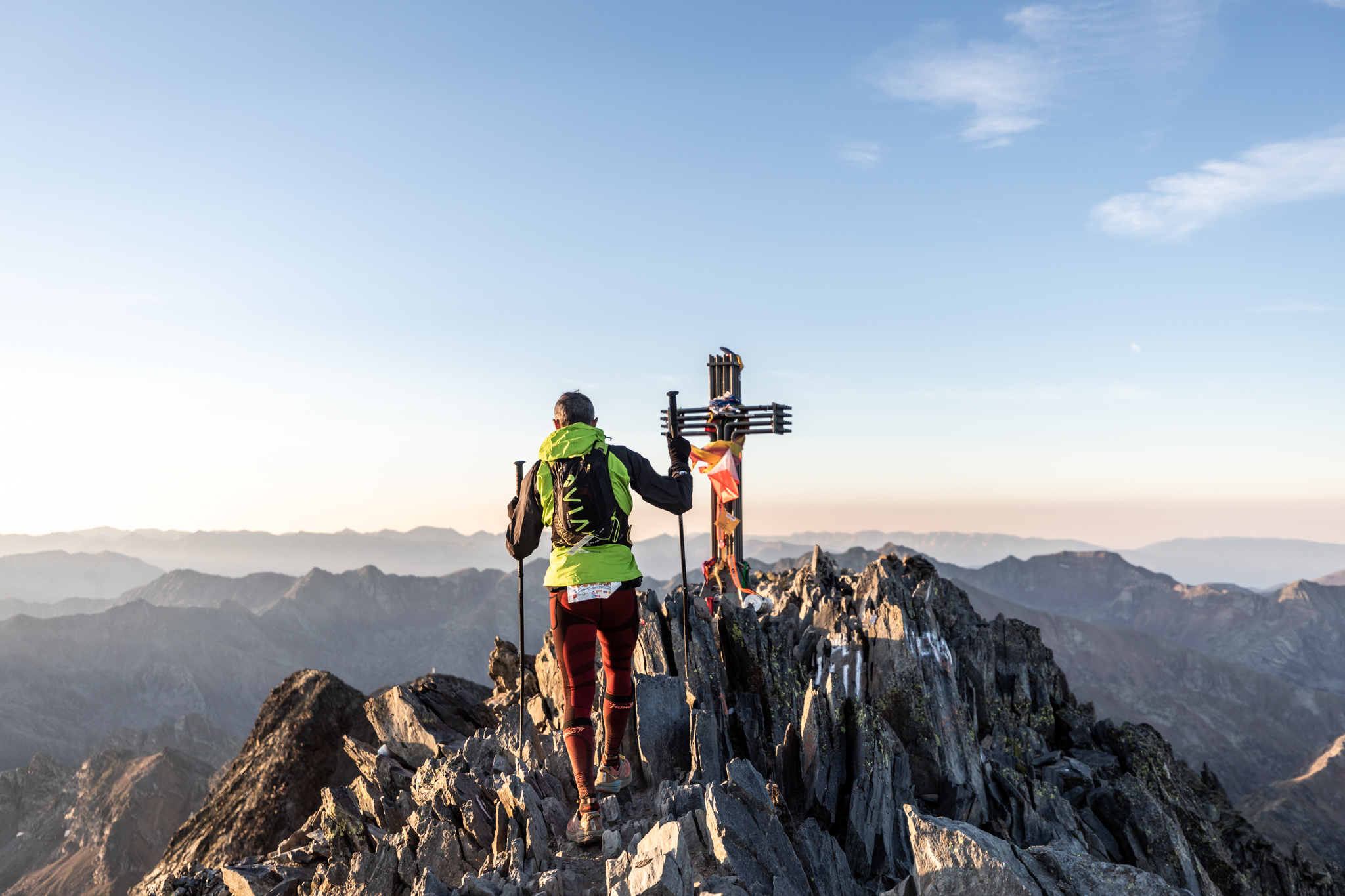 The Verdaguer Peak (3129 m) takes its name from the famous Catalan poet of the19th century Jacint VERDAGUER who was one of the major figures in the Renaixençia poetry movement. Some of his works bear names which reveal his love for the mountains: Montserrat, Canigo, … 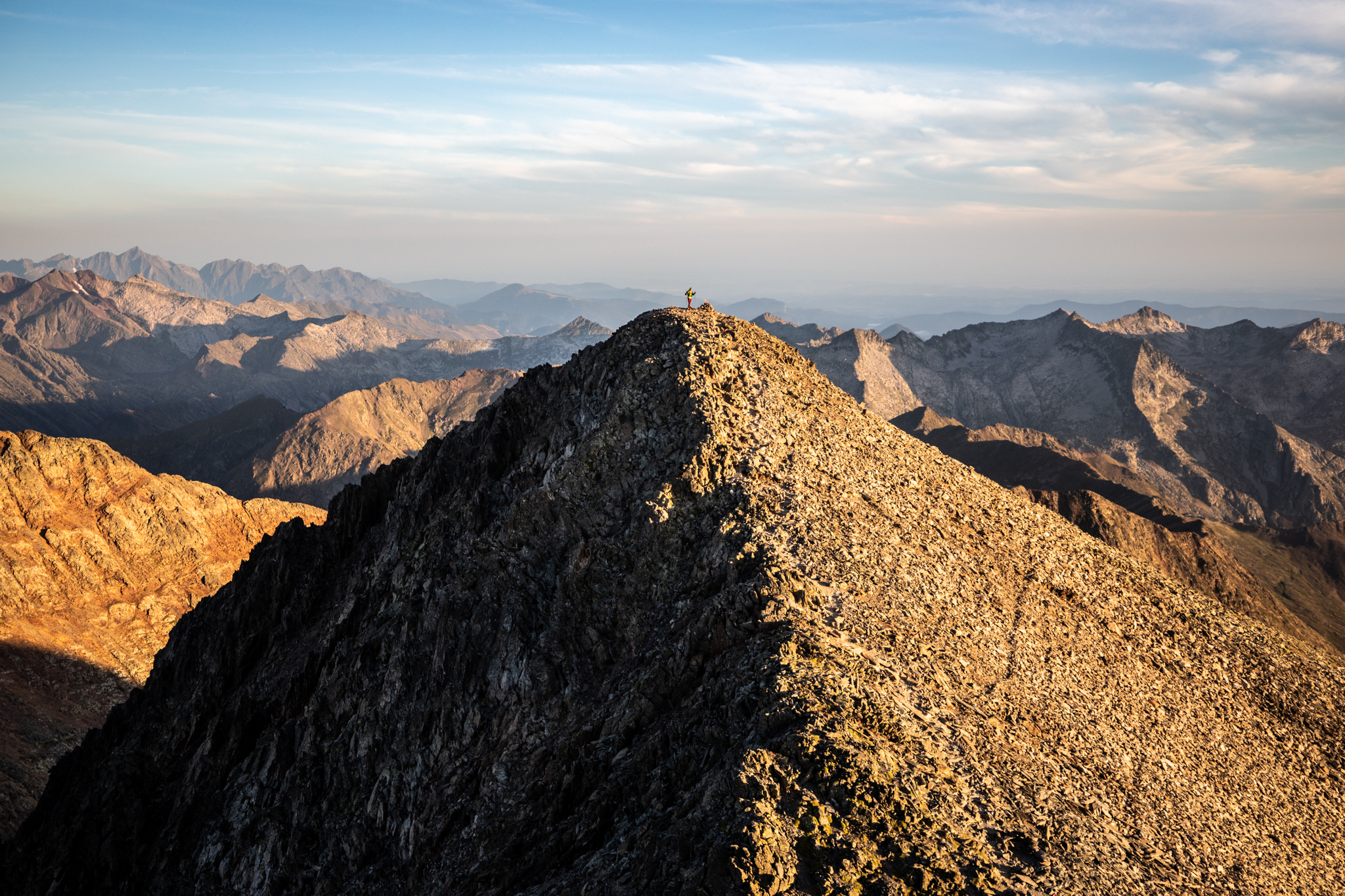 The Port de Sullo Peak or Sullo Peak (3072 m) is offset from the previous three. The etymology of "Sullo" seems difficult to determine. It is a name of Catalan origin which could mean "alone", due to its position apart from the others. However, one must bear in mind that until the 19th century it has been climbed only a few times, and Sulto is mentioned on certain old maps for its lakes, pass, mountain streams or even for the whole massif and the Estats Peak. 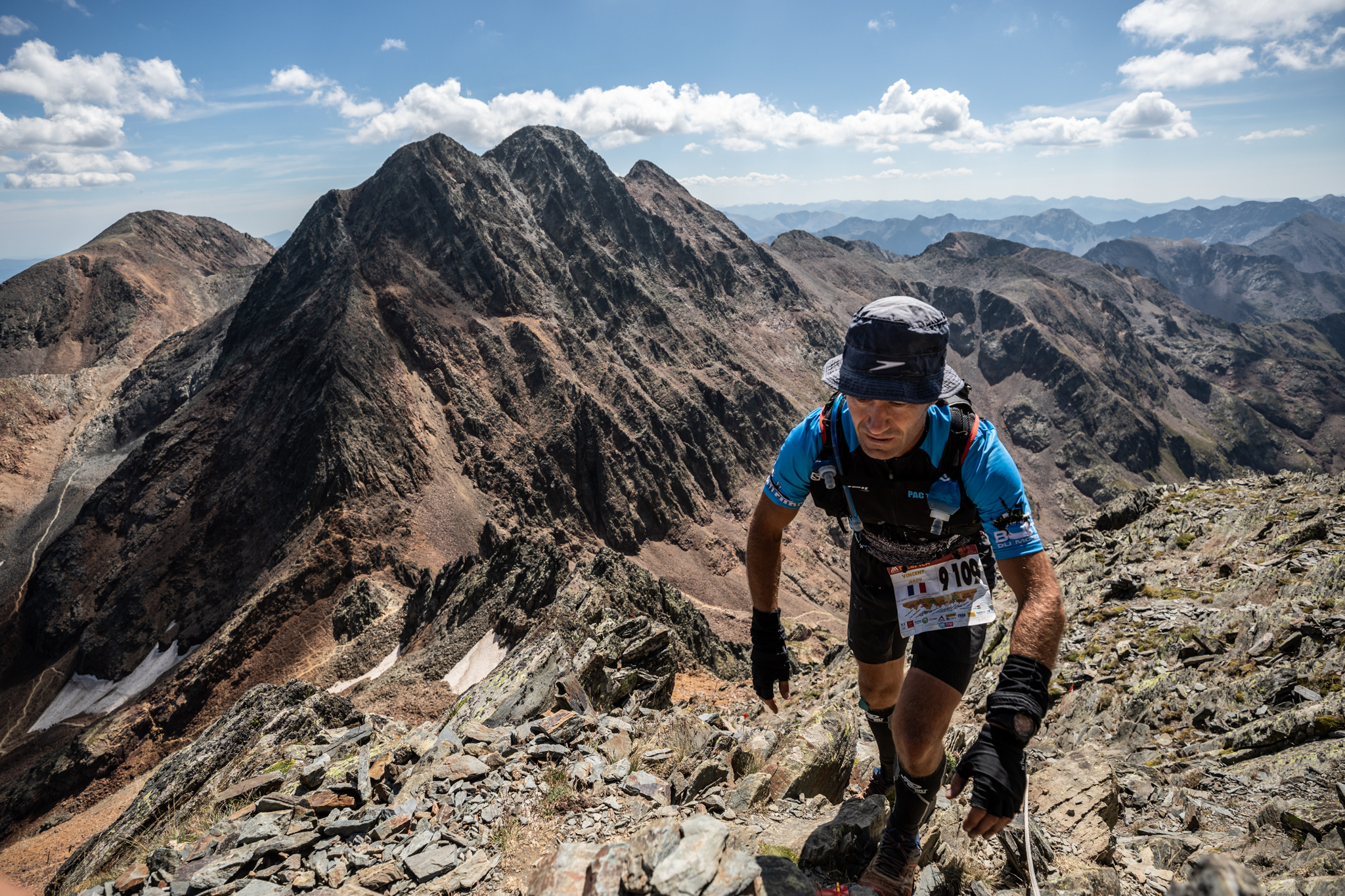 It was not until 1886 that the maps were updated as we know them today.

a desire for performance.

For all practical information concerning your activities and accommodation,

Discover the rankings and results,